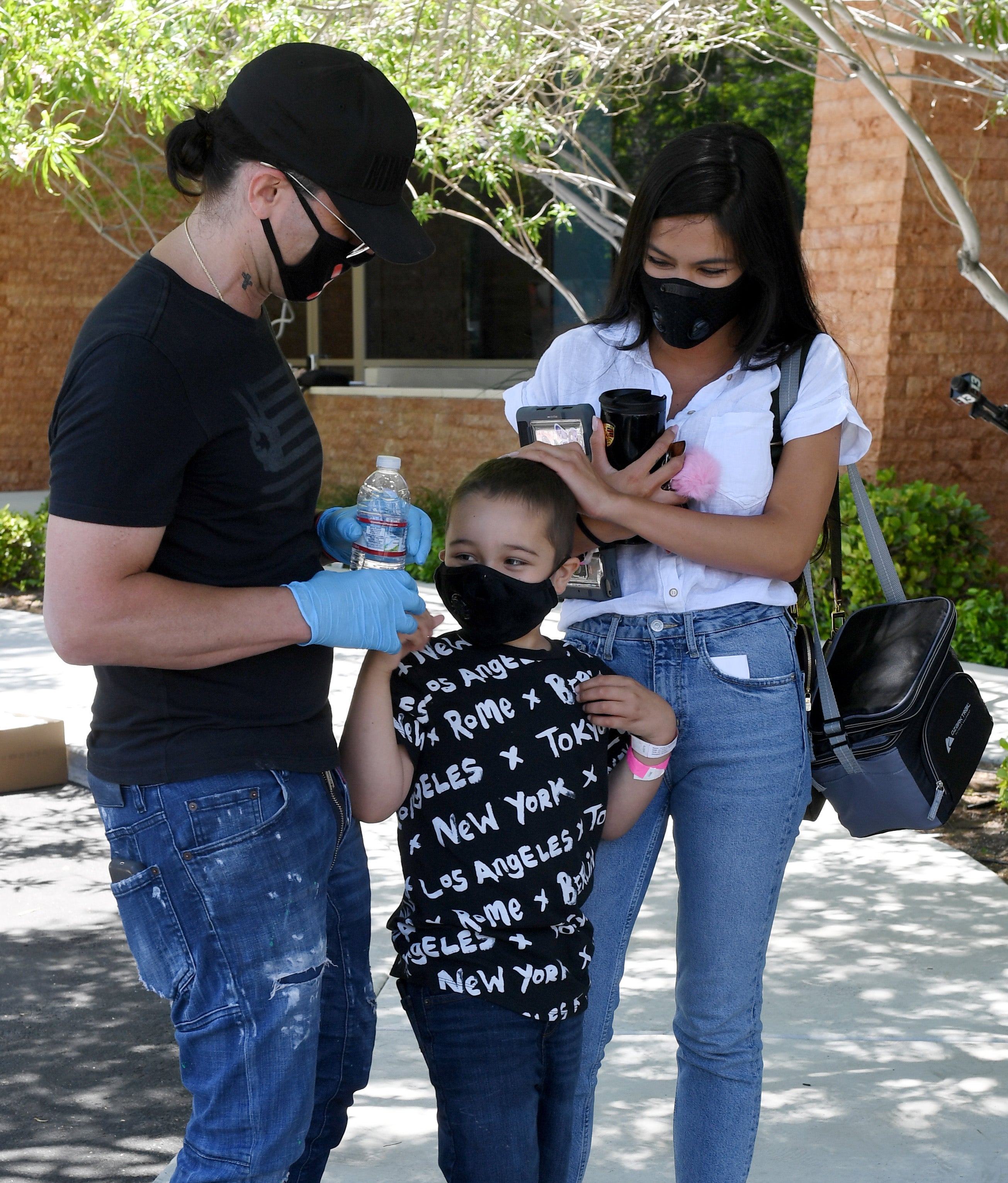 The Centers for Disease Control and Prevention (CDC) recently updated their original Health Advisory on May 11 regarding their investigation of the mysterious worldwide outbreak of hepatitis in children. The World Health Organization (WHO) said a case-control study that will be completed this week should provide more clarity if adenovirus or COVID-19 is causally linked to the mysterious condition, according to multiple reports.

“As of May 5, 2022, CDC and state partners are investigating 109 children with hepatitis of unknown origin across 25 states and territories, more than half of whom have tested positive for adenovirus with more than 90% hospitalized, 14% with liver transplants, and five deaths under investigation,” the CDC said.

Approximately 18% of cases worldwide actively also tested positive for COVID-19, according to a Medical Xpress report.

‘FOUNTAIN OF YOUTH’ TO PREVENT SOME EFFECTS OF AGING MAY HAVE SURPRISNG SOURCE: STUDY

“The big focus over the next week is looking at serological testing for previous exposure and infections with COVID,” Philippa Easterbrook, from the WHO’s global hepatitis program, told a press conference.

Easterbrook said within the week the United Kingdom will have data on a case control study comparing whether the detection rate of adenovirus in the children who have hepatitis differs from that in other hospitalized children who don’t have the liver disease.

“That will really help hone down whether [adenovirus] is just an incidental infection that’s been detected or there is a causal or likely causal link,” Easterbrook said.

“At present, the leading hypotheses remain those which involve adenovirus — with also still an important consideration about the role of COVID as well, either as a co-infection or a past infection.”

“A fundamental question is whether there is a characteristic pattern in the pathology of the liver in these patients. Such a pattern might be seen at the advanced stage when liver transplantation was performed, or earlier before the severe liver damage of the unknown process had perhaps obscured an earlier characteristic pattern,” said Dr. Daniel Lucey, clinical professor of medicine at Dartmouth Geisel School of Medicine.

“If such a liver pathology pattern has been found, then it could be used to help identify the etiology of the hepatitis or at least serve to provide a unifying clinical-pathologic syndrome as soon as possible.”

None of the U.K. liver samples ” … show any of the typical features you might expect with a liver inflammation due to adenovirus but we are awaiting further examination of biopsies,” Easterbrook added. 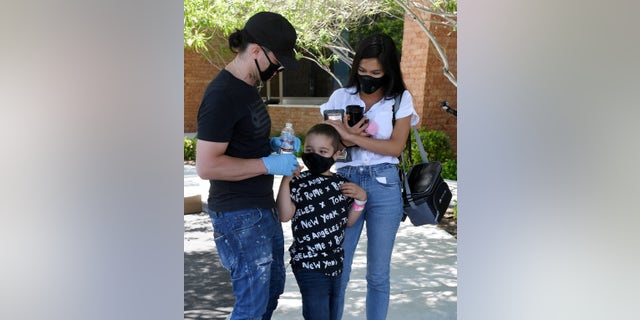 LAS VEGAS, NEVADA – MAY 14:  (L-R) Illusionist Criss Angel, his son Johnny Crisstopher Sarantakos and Shaunyl Benson visit as Angel helps to give out food and other items at the Cure 4 The Kids Foundation pediatric cancer treatment center amid the spread of the coronavirus on May 14, 2020, in Las Vegas, Nevada.  (Photo by Ethan Miller/Getty Images)

Because adenoviruses are used in some of the COVID-19 vaccinations, one theory on social media suggested a link between the jab and the hepatitis outbreak in the U.K., where most of the cases have been reported, according to Reuters.

But these adenoviruses in the vaccines are “harmless transporters which have been modified so they cannot replicate or cause infection,” according to BBC News.

“There is no evidence of any link to the coronavirus (COVID-19) vaccine. The majority of cases are under 5 years old, and are too young to have received the vaccine,” the U.K. Health Security Agency (UKHSA) said.

The United Kingdom International Health Regulations National Focal Point first reported 10 cases of severe hepatitis of unknown etiology on April 5, 2022, in children ranging from 11 months to 5 years old in Scotland, the WHO said.

WHAT MYSTERIOUS ILLNESS RESULTED IN THE DEATH OF 3 AMERICANS AT THE SANDALS RESORT IN THE BAHAMAS?

“On May 11, the European CDC reported a total of 449 probable cases in 27 nations including from Europe, the Americas (North, Central and South), Asia and the Middle East,” Lucey said.

More than five cases have only been reported in six countries. The United Kingdom have reported the most cases in the world, but no child has died so far in the country, according to a May 12 UKHSA statement.

Hepatitis, otherwise known as liver inflammation, is commonly caused by viruses, medications or exposure to certain chemicals, according to Healthline.

“Most of the children in the reported cases presented with gastrointestinal symptoms such as vomiting, diarrhea, and abdominal pain,” says Dr. Norberto Rodriguez-Baez, a professor of pediatrics at the University of Texas Southwestern Medical Center.

“These symptoms were followed by development of jaundice,” he added.

Jaundice is when the skin and eyes turn yellow because the liver loses its ability to clear bilirubin properly, per Healthline.

“Interestingly, fever was not described as a common symptom in these cases. In addition, all children were previously healthy,” Rodriguez-Baez said.

“It’s important that parents know the likelihood of their child developing hepatitis is extremely low. We continue to remind everyone to be alert to the signs of hepatitis – particularly jaundice, look for a yellow tinge in the whites of the eyes – and contact your doctor if you are concerned,” said Dr. Meera Chand, director of clinical and emerging infections at UKHSA.